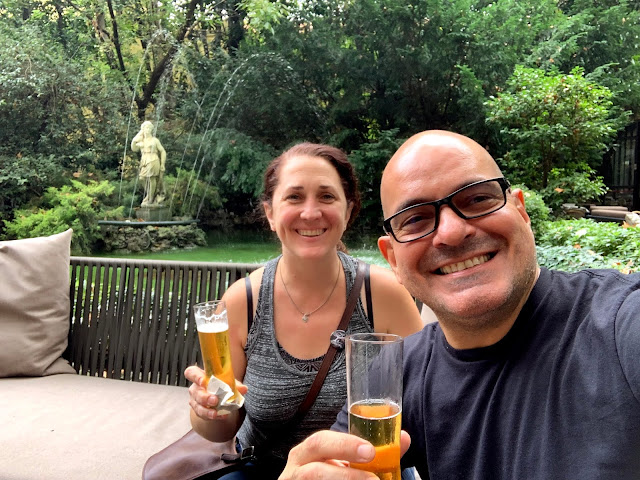 We flew into Milan and took a bus to the Milano Centrale train station and walked to the hotel. We realized later we could have taken the tram. We do enjoy walking after a long flight anyway to clear out some of the jetlag cobwebs and see the city from the ground. We found a cafe on the way and enjoyed a nice Italian lunch before check-in at Sheraton Diana Majestic where we had booked two nights. 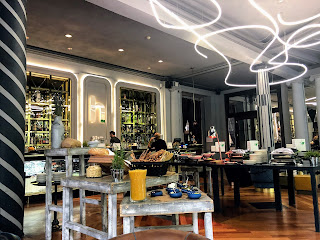 The hotel is conveniently located near the tram and Metro as well as several bars and cafes.  We knew we were arriving following fashion week in Milan but did not know that many of the designers, journalists and just hangers on, stayed the following week. This meant the available rooms were limited and no suites were available, but we still finally got a nice large room with morning light. The outdoor space is amazing and the breakfast was very good. 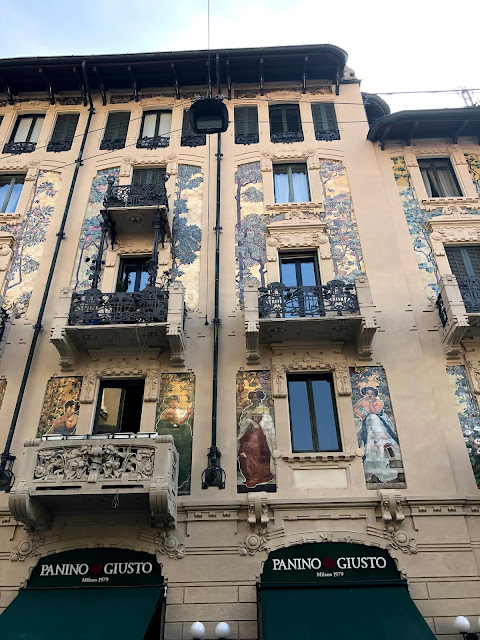 We were tired and did not want to venture far, but did want to have drink (or two) and some appetizers. Just around the corner from the hotel, was the chain cafe Panino Giusto with outdoor seating. The building itself is decorated with beautiful murals and is itself worth the trip to this quiet little corner.
If you go to Panino Giusto, or review the menu online, you won't find carpaccio there because it is a sandwich shop. We, however, believe in asking for what we want and just see what happens. When we asked the waiter would it be possible to put together a nice carpaccio, he looked at us curiously and replied, "But of course!" 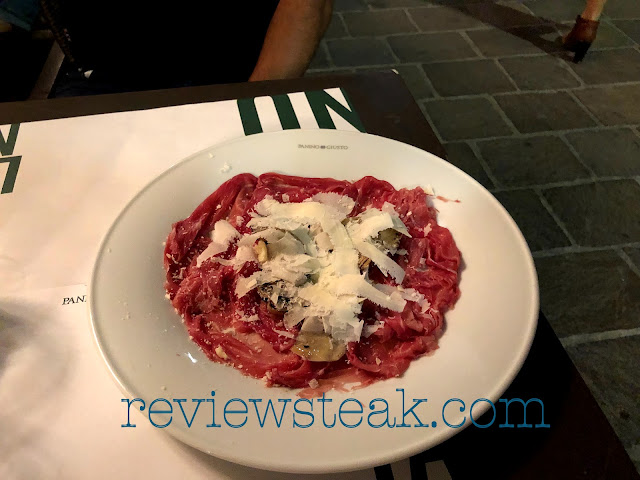 I have to say, for an item that wasn't on the menu, they did an outstanding job. The meat and parmesan were perfectly shaved. The olive oil made in Italy, the way it was intended, balanced the flavor. Topped with fresh ground pepper and paired with crostini, this was the perfect appetizer to start off our evening in Milano. Perfecto! Never be afraid to order something not on the menu. You never know... 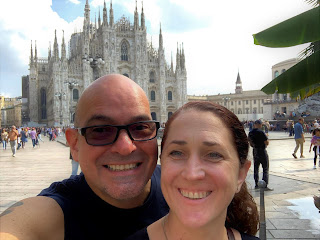 Our next stop on this trip was Lake Como for two nights. The train from Milan to Como is just about an hour, so we decided to take a later afternoon train to give us another day in Milan for exploring. We were able to see the Duomo di Milano, Palazzo Reale Milano and the Galleria Vittorio Emanuele II. 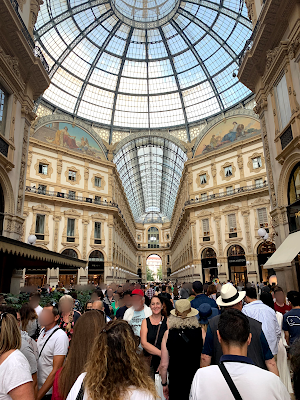 Neither of us enjoy crowds, so a few hours was all we needed to see these famous landmarks, grab a quick snack eye-level with Duomo, and head out to catch our train. 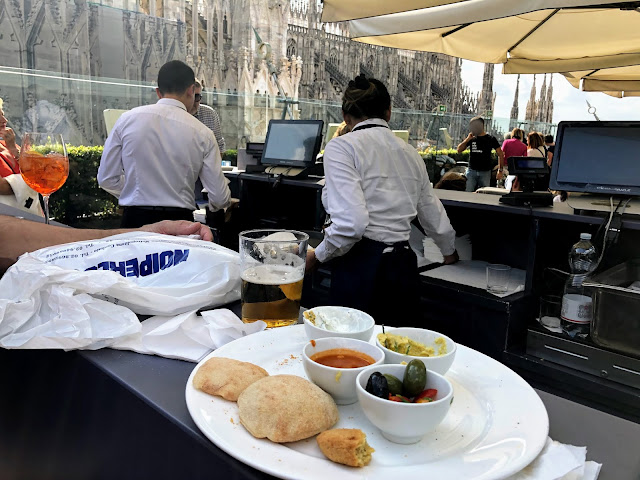 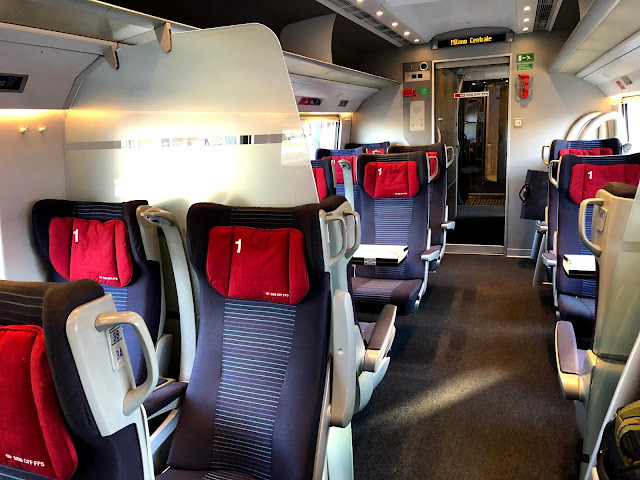